Shirley Ann (Wingrove) Ulmer was born on Oct. 22, 1937, to the late Nelson and Inez (Malone) Wingrove in Dow City. After graduating from Dow City Community School, she babysat until going to Omaha, Neb., where she was employed from 1956 to 1964.

On May 10, 1964, Shirley was united in marriage to Max Ulmer. They made their home in Arion. To this union, Shirley had one daughter: Susan and she helped raise Max's two children: Melinda and Steven. She was a homemaker and raised golden retrievers for 32 years.

Shirley loved to counter cross stitch, can fruit and vegetables and attended auctions. She also enjoyed mowing grass for exercise, shopping, meeting friends at McDonalds to play cards and visiting with friends and relatives.

Shirley passed away on Sunday, Aug. 22, 2021, at the Crawford County Memorial Hospital attaining the age of 83 years and 10 months. In addition to her parents, she was preceded in death by her husband: Max Ulmer and sister: Karen Cross.

Next week’s board meeting canceled due to lack of quorum 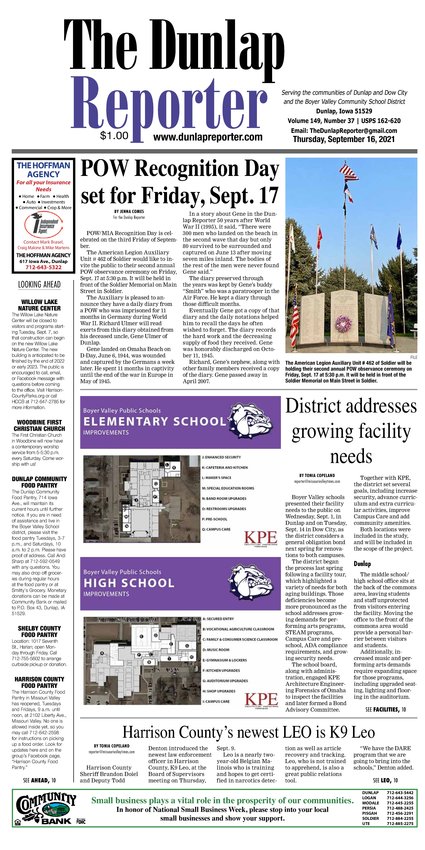