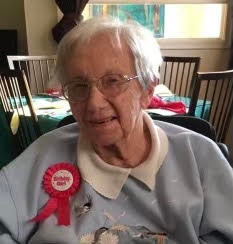 Helen Irene Haberberger of Valley, Neb., formerly of Leshara was born July 23, 1920, to parents Albert W. Trimpe Sr. and Lena (Baker) Trimpe on a farm in Gallands Grove, Dunlap. She attended country school at District #5 through the eighth grade.

The family moved to a farm between Dunlap and Earling in 1928. Two rooms of the house were a log cabin which was built in 1857. The house had rooms built on later and was finished inside and out and looked like any old farmhouse. The two rooms which were the log cabin now stands in Potters Park in Harlan, as part of a museum.

She was baptized and confirmed at St. Paul Lutheran Church in Dunlap at an early age.

To this union three children were born. Helen worked at the Douglas County Annex in Omaha for 12 years, and for the Thomas Fitzgerald Veterans Home for two years. She got her GED during her employment at the Annex, so that she could get a promotion in 1975. After retiring, she worked for several years at the Longbranch Bar & Restaurant in Leshara.

She is preceded in death by her parents Albert and Lena; husband, Clem; a daughter, Sharon; two sisters, Marie, and Gertrude; a brother, Albert Jr. (Bud); and a son-in-law, Bruce Shirey. Helen is survived by a son, Duane (Patti) Haberberger of Fremont, Neb.; a daughter, Louise Shirey of Omaha, Neb.; grandchildren, Linda (Wyatt) Swartz of Mead, Neb., Lisa (Aaron) Sailer of Omaha; great-grandsons, Liam, Landry and Ledger Swartz of Mead. She also is survived by many nieces and nephews.

Funeral service was Wednesday, Jan. 5, 2022, at St. Mark’s Lutheran Church in Valley, Neb., with interment at Pleasant View Cemetery, Leshara, Neb. Visitation was Tuesday, Jan. 4, 2022, at the funeral home in Elkhorn. Memorials to the family for later designation. 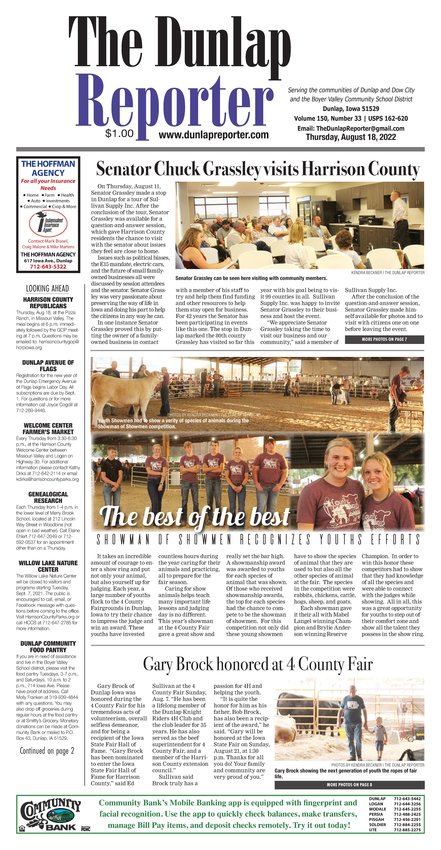